Don’t Be Too Strict With Your Kids

Don’t Be Too Strict With Your Kids

Children are a great gift for parents from God, lucky are those who have the blessing of obedient children because obedient children are the support of their parents in old age and a source of “sadqa jariya” for them after their death. Every parent wants their children to be pious and obedient, but this desire of all the parents is not fulfilled. Parents try to give their best but just like if a seed does not get the water and minerals according to its exact requirements then it’s growth is not what we expected. In the same way, sometimes parents also lack some nutrients in their child’s training. For example, children might don’t get the quality time of their parents due to their busy schedule, maybe family issues, or the fights between the parents. And, according to research, one common factor that has been found is strict parents.

Usually, parents have a mindset that if they will strictly treat their children, so their children will stay in control and will be obedient. This will happen the child will obey the parents, but just apparently and because of their fear, not from the heart. Such obedience does not have a benefit where a child does not even know why they are being stopped or why they are being asked to do this. Our Islam also prefers to teach kids about the importance of namaz rather than strictly forcing them for it so that the child pray not because of the fear of parents, but by their interest. The work which we do with our interest has no comparison with the work which we do forcefully because of the work which we do forcefully we take it as a burden and we can never give our best in it.

It is something natural the more we are stopped for something, the greater our curiosity for it becomes. A lot of questions start to come in our mind about it, like why are we being stopped for doing this, what is wrong in it, etc. Due to the fear of parents children can not even ask these questions from them to remove their queries. Apparently, without doing any arguments, kids obey their parents, and parents also feel that their child has become obedient.  But the fact is, the child begins to think of his parents as his enemy which affects their personality. Some start to lose their self-esteem and the rest takes the wrong path. As parents for example strictly ask their children to turn off the phone at that particular time the child will turn off the phone but then he or she will use it lonely without telling the parents. I have just given the example of the phone here, but it is for everything. A friend of mine whose parents are very strict forbade her from downloading Instagram without telling the reason which filled her with curiosity, then she strictly created an Instagram account and now even uses it. Therefore, her parents think that their daughter is very innocent and obedient. This Is not just a story of my friend but a story of the majority of people. The reason is strict parents.

Now the question comes that strict parents were in the past too, but at that time the children were obedient and they even don’t take the wrong path. So now why is it so? For this question, there is a quote of Hazrat Ali that train children according to their era. But still, many parents are following that same parenting style, while now the era has changed and with time change comes in everything. So how can we expect that we will follow the same parenting style and our children will be well trained? This quote of Hazrat Ali has a very deep meaning because it is very important to move with time, in fact, now we are a part of the 21st century. However, being a part of the 21st century does not mean that we let children do whatever they want. But now as we have to do a good training of our kids according to our Era, so the best way is to tell children that if they do this they will get this result and vice versa. Tell them about both of the conditions, and then let them choose. This way you give confidence to your kids.

Day by day child abuse is increasing in our country. There have been many cases that children are blackmailed, like do what we are saying, otherwise we will tell your parents about this act of yours, because of the fear of parents the children are unable to talk with their parents, then as they don’t have an option so they go on obeying those blackmailers. That’s why the biggest thing is when you give confidence to your kids so that they can share everything with you without any fear. Parents are not always with their kids but their given confidence would always stay with them and will enable them to take the right decision. Mostly children share their things with their friends but the mother is the last one to know about. This is the fact and to be honest a failure. This should not happen because we should never trust and rely on anyone except our parents, no one can be as sincere as our parents are with us even our best friend. Secondly, our friends are of our age, so they also don’t have experience in life, so they can never give us a piece of advice like our parents. Our parents are truly the best advisors for us, children should also understand these things. Well, these are the little things that play a very important role in the training of a child. These little children need more attention because they are the foundation of your business and if you will correctly invest there so your business will grow a lot. Parents should take care of these little things so that their children are well-nourished and they can also do good training for their kids. That’s how a cycle will move and we will become a better nation. 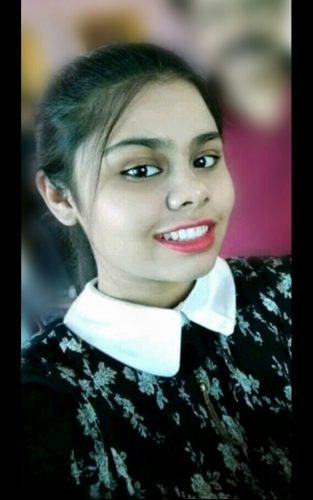 The writer is a 15 years old o levels student. She loves to write in order to spread awareness. Her work has appeared in Daily times newspaper, Dunya news blogs, partly news blogs, the frontier post newspaper,  Dawn, and among others.

Don't Waste This Blessed Month Of Ramadan
Steps To Writing A Great Research Work
Why Should I Be in A Chinese Short Course? A Revelation